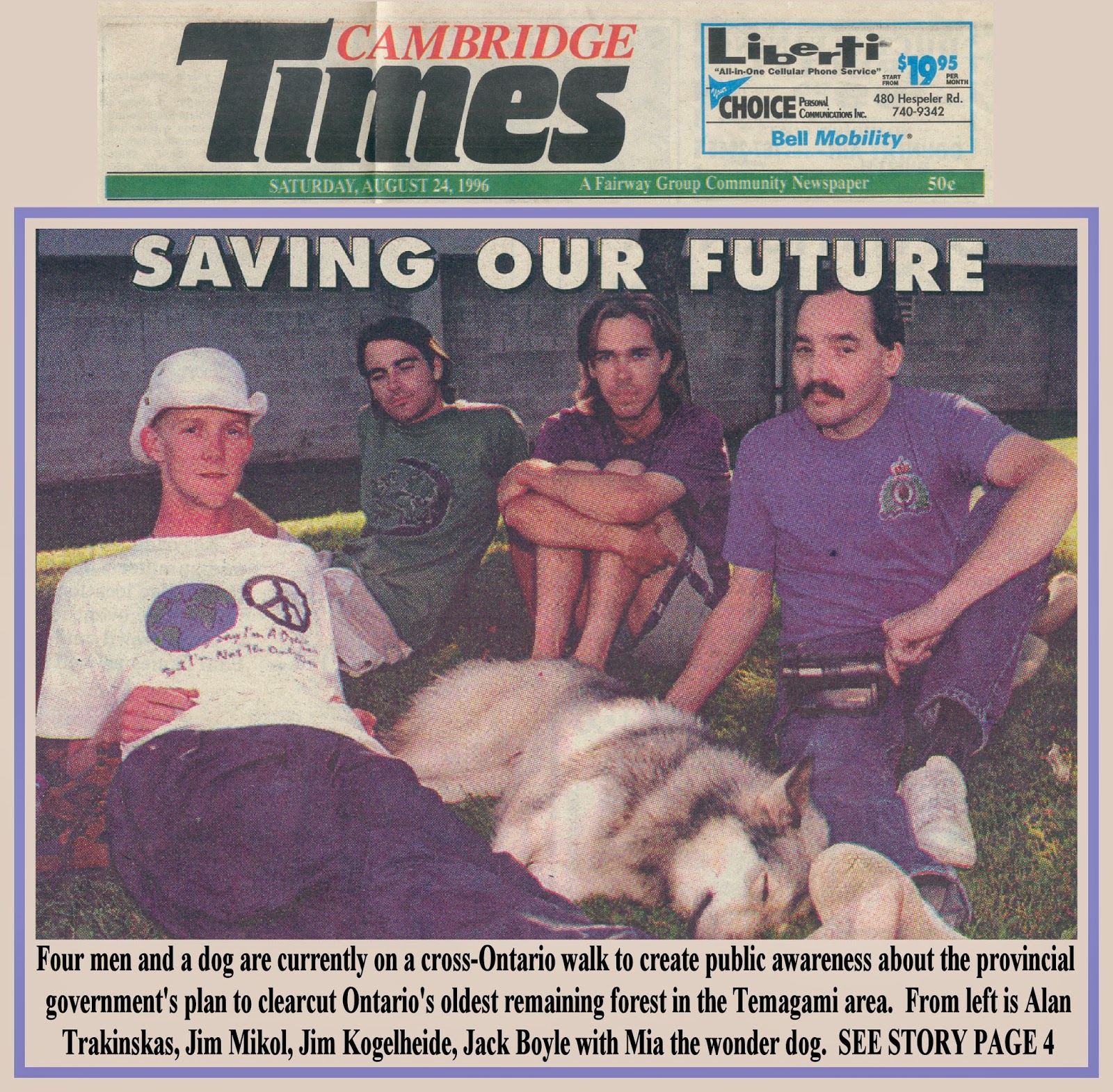 After completing studies in Architecture (Toronto) and then Interior Design (London), Jim Kogelheide became acutely aware of our societies need to evolve beyond our Industrial lifestyles that are harming our planet's ecosystems.  After organizing a walk across Southern Ontario - to raise awareness about the clear cutting of the Temagami forestland - Kogelheide searched for ways to share his message and inspiration with others....

He became an artist! 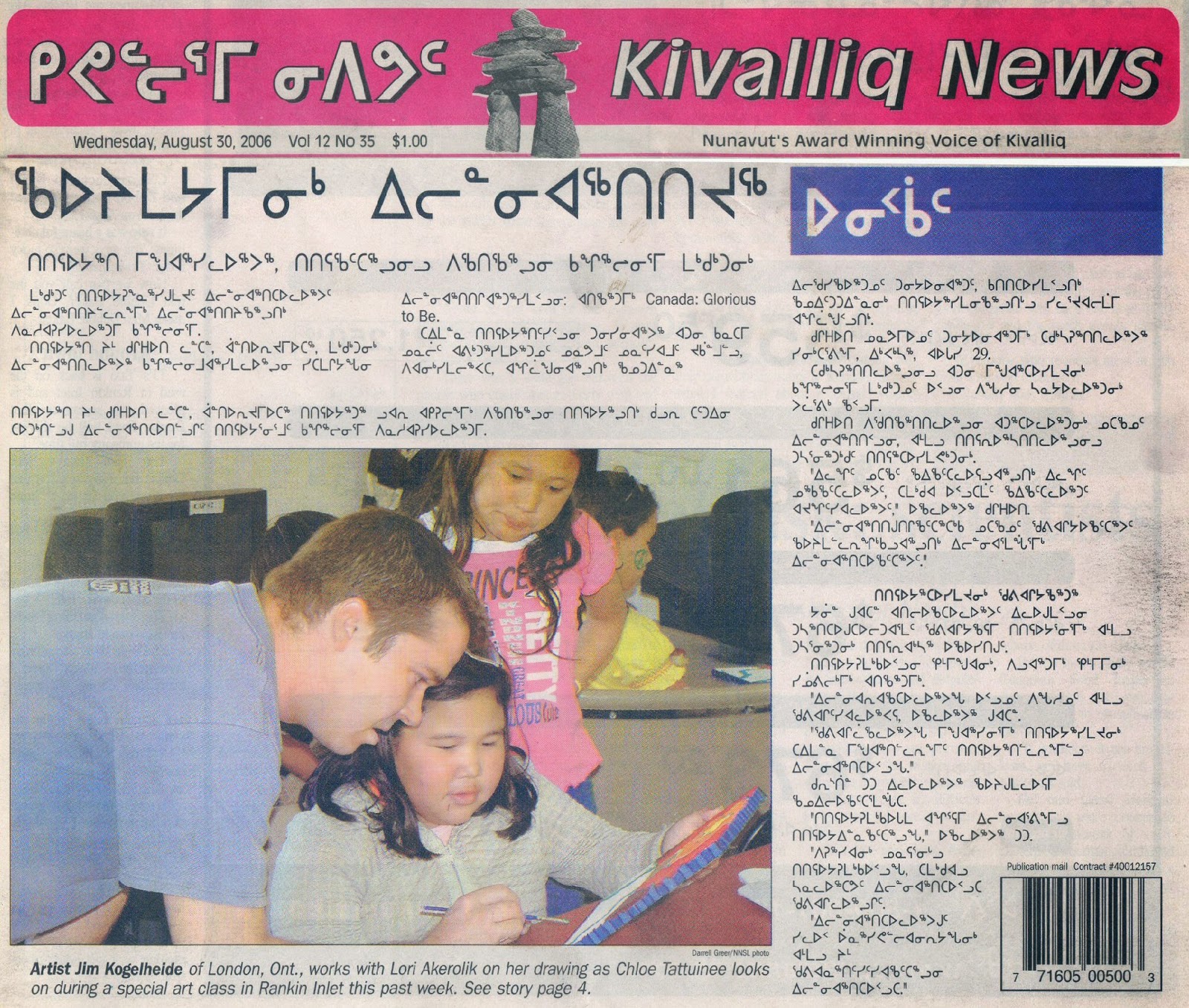 Kogelheide visits Rankin Inlet, Nunavut in 2006 to work on
an art project entitled
Canada: Glorious To Be

Soon after, Kogelheide began a 5 year journey across Canada, working with community groups and schools to create 'Art For Earth' workshops for children. 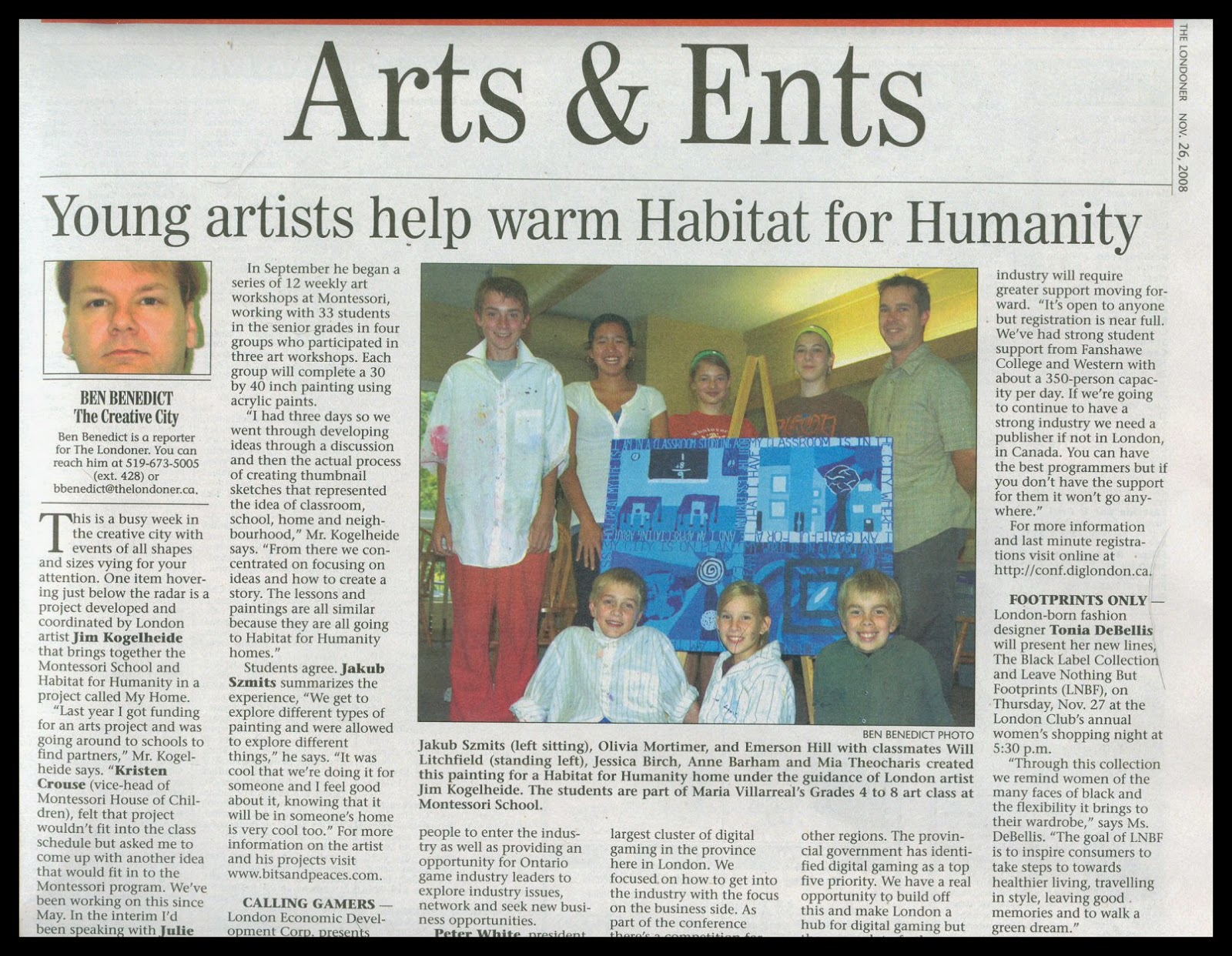 For the last decade, Kogelheide has continued with these workshops while also building partnerships with many community organizations, here in London, Ontario. 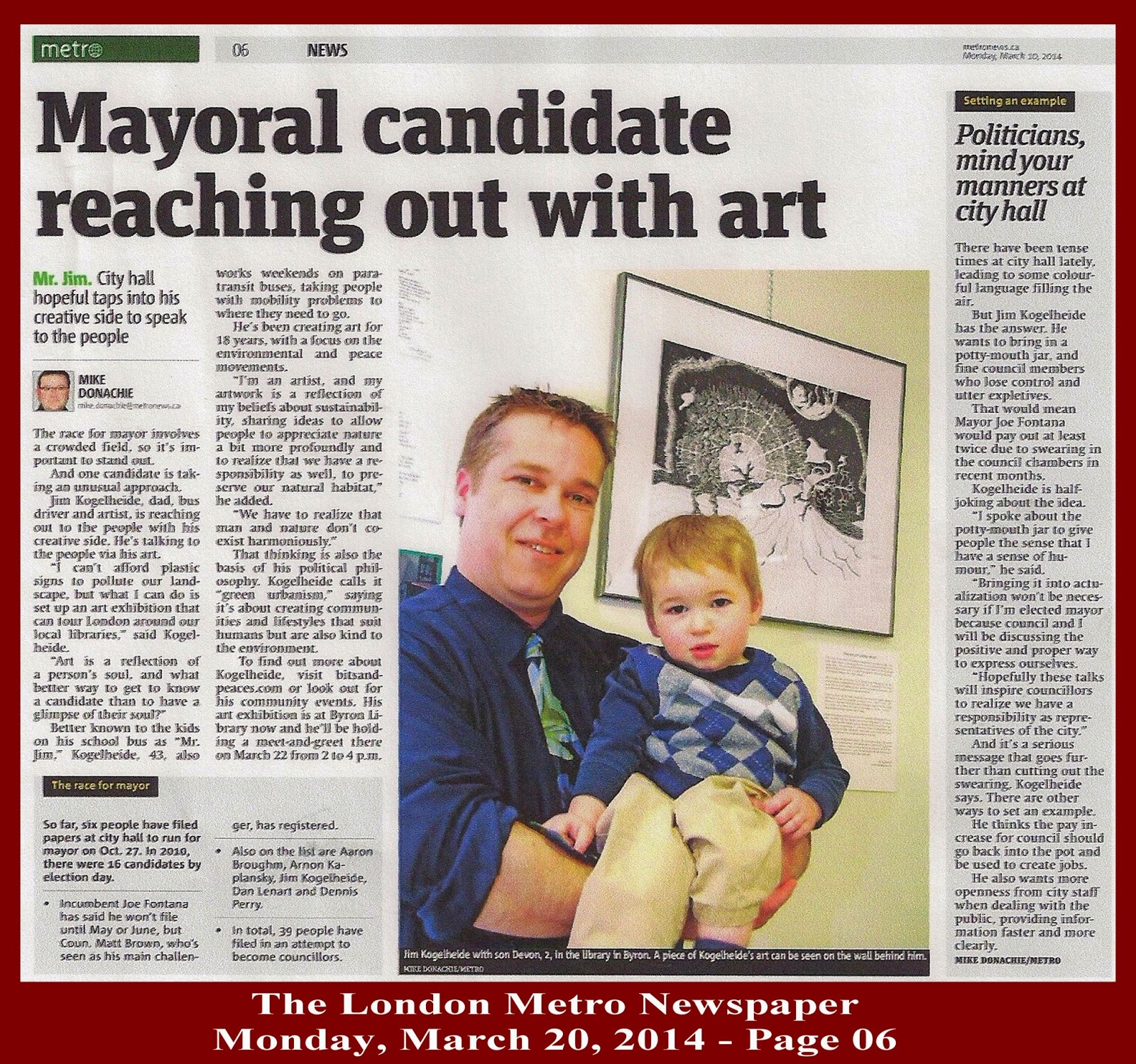 While all of these efforts have successfully inspired many thousands of people from across the world, Kogelheide felt that his message could reach even more... and so, most recently, he brought his message for sustainable living to his largest audience to date while running for Mayor of London in the 2014 municipal election.